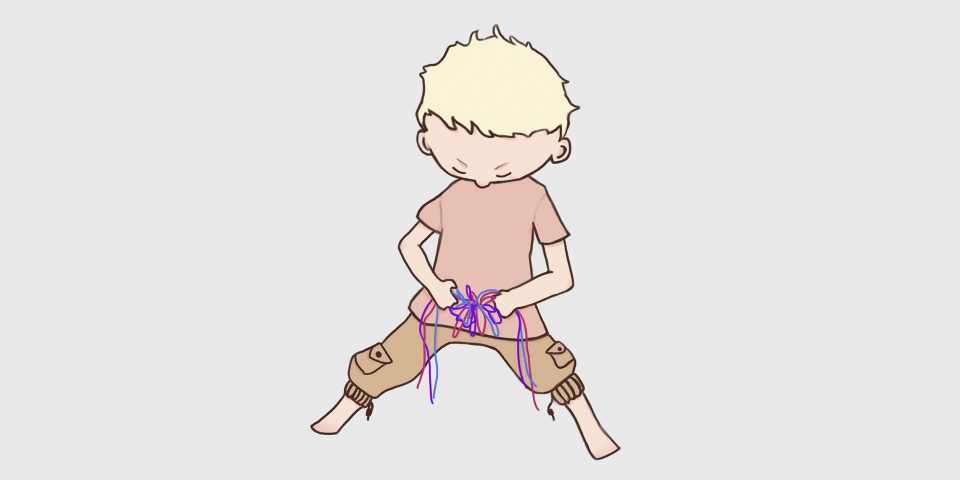 The goal of sensory cortices of the cortex can be phrased as conveying sensory informations from the senses to higher level cortices as faithfully as possible. Alternatively, the goal can be phrased as systematically forgetting information in a sensible way. The question what principles might underly forgetting is the focus of this collaborative research with Peyman Golshani, and Máté Lengyel. Representational untangling, the idea that cortical representations are built in a way that the resulting code can be easily read by downstream areas has found support in in inferotemporal cortex, a high-level visual area where neurons are sensitive to complex features, such as objects. Whether representational untangling is present at earlier stages of visual processing and what computations might support it has remained elusive.  We point out that in the visual cortex variations in elementary features like phase of a periodic grating stimulus or its wavelength hopelessly ‘entangle’ membrane potential responses of orientation selective simple cells, such that decoding of orientation is rendered impossible. In the  study the authors argue that a fundamental component of neural response generation, the firing threshold saves simple, i.e. linear, readability of simple cell responses. Interestingly, the firing threshold can delicately balance information loss by clipping subthresold parts of the responses and boosting of sparseness, a network feature helping linear readability, to achieve an untangled representation for visual stimulus orientation. This balance between information loss and sparseness defines a limited widow for firing threshold where disentangling is most effective. By analyzing intracellular recordings of  mouse V1 neurons we demonstrate that the regime of firing threshold for efficient representational untangling coincides with the firing threshold of simple cells.